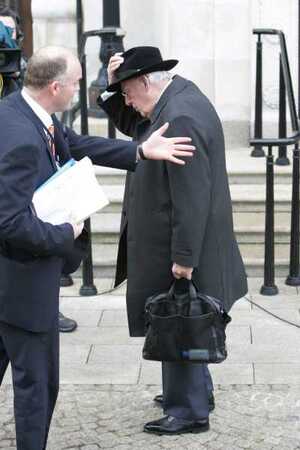 Commenting on the death of the former taoiseach, Dr Paisley told UTV: “I thought, in his own way, he was a decent man . . . But I didn’t like what he did on the majority unionist population. Going behind our backs and entering into an agreement with the British government.”

He denied the agreement between Dublin and London was a landmark improvement in relations between Ireland and Britain and that it fostered the subsequent peace process.

Where’s all the chuckle gone?