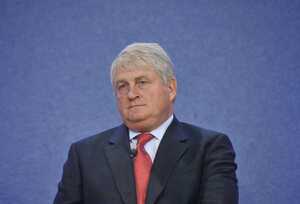 “Mr O’Brien believes that he is being punished in the pages of INM’s newspapers for being the largest shareholder in the company. This is not true,” INM said.

“As a self-professed supporter of journalism and free speech he , equally, cannot expect to be rewarded, with fewer references to the Moriarty tribunal for example, simply because he happens to have acquired more than 20 per cent of our stock since the tribunal began its hearings.”

INM also restated its claim that Leslie Buckley, one of three nominees of Mr O’Brien to the board of the company whose re-election was blocked by shareholders in June, had sought to interfere with its coverage of the tribunal.

“Leslie Buckley did make a number of attempts to have Sam Smyth taken off the Irish Independent’s coverage of the Moriarty tribunal,” INM said.

“Sam Smyth was the investigative journalist whose original story in November 1996 led to the setting up of the tribunal. Mr Buckley’s representations were strongly rejected by management of the company.”