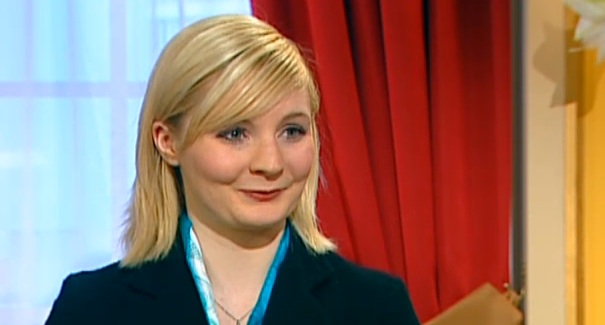 By Tom And Sally Ann Fitzgerald

Our daughter, 25 year-old Kate Fitzgerald, had the last conversation of her life just before 7pm on August 22, 2011.

She spoke to Peter Murtagh, then Opinion Editor of the Irish Times. Peter promised that her article on depression, suicide and workplace attitudes to mental health would be published in the Irish Times.

Only hours later, Kate took her own life, fully believing that her last message to the world was in safe hands. Sadly, she was wrong.

True to his word, Peter Murtagh published Kate’s last words on September 9, not realising that Kate was dead.

When we spoke to Peter on September 10/11, he was deeply moved by the story of Kate and wrote an excellent article that was published in the Irish Times on Saturday November 26.

The story shook the nation, becoming the most read story on Irish Times online for an unprecedented three days in a row.

The Irish Times, Kate’s iconic newspaper, ran for the hills. First, they butchered the article by removing key parts.  Next, they blacked out the whole article, including the accompanying suicide hotline numbers.

As a final indignity Irish Times editor, Kevin O’Sullivan published an apology for publishing Kate’s last words, saying that “significant assertions within the original piece were not factual”. We made it known that we stand behind her last words.
.
Sally and I met with Kevin O’Sullivan, editor, and Denis Staunton, deputy editor on Tuesday, December 13 at the Irish Times office in Dublin.  Peter Murtaugh observed for part of the meeting. We demanded to know what elements of Kate’s article were “not factual”.  The editor apologised for any distress he might have caused us.

Despite repeated requests, he could not identify a single statement from the article that was “not factual”.  He said they cut the article for “legal reasons”.

We asked for a retraction for calling Kate a liar and gave them two days to do so.  Both editors stated that saying Kate’s words were “not factual” was not equivalent to calling her a liar.

Like many readers, we fail to see that distinction. Two days later, we received a call from Kevin O’Sullivan, again apologizing for any offence caused, but declining to give us either a retraction or an apology, for “legal reasons”.

Mr. O’Sullivan also presumptuously stated that Irish Times readers had no difficulty with his retraction.

On one level, Sally and I understand this. Sally is a voice teacher in Bantry who runs concerts for charity, and I run a small technical writing and Irish language services company in rural West Cork.

We do not advise Ireland’s Taoiseach and the Fine Gael party. We do not chair Ireland’s national broadcasting authority. We do not offer PR advice to the princes of the Catholic Church. We do not have daily access to talk shows and newspapers. In short, we are not influential.

When the Irish Times found itself between a rock and a hard place, it chose to go against us and our dead daughter.

We spoke to Kate almost every day for the last weeks of her life.  What she told us in those conversations supports her final article.

We are happy that her final words have touched so many lives and promoted an awareness of mental health. We have heard from many people how it changed their lives, and several people were inspired to seek help for themselves because of it.

We are deeply hurt by the insensitivity of the Irish Times and its inability to grasp how its position has compounded our grief, and attempted to stilt the national debate on depression and suicide.

We are saddened that the Irish “paper of record” has chosen to delete Kate’s last words from the public record. We consider it a tragedy that the Irish Times has let down one its greatest fans, an aspiring young writer, and erased her final message to the world.
We ask that the Irish people, and especially, the readers of the Irish Times, make their feelings known on this matter.

We have lost Kate forever, please help us ensure that her final message lives on.