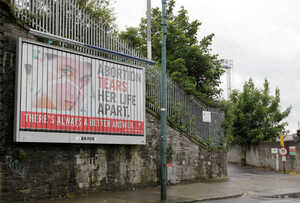 This piece was written in response to the debate surrounding the Youth Defence posters, by somebody with direct experience of the topic.

I had a termination two years ago. I was in college at the time, and the majority of my family and friends do not know about it.  The decision was almost immediate; I was not mentally or physically prepared for motherhood. There were many other reasons, such as the fact that the father did not intend to stay in the country, regardless of my decision, but ultimately I felt I was not ready to be a mother. I do not regret the choice I made, and did not enter into the decision lightly. I read accounts of women who had given interviews on their experience. I researched the methods and decided to go to the Netherlands rather than the UK.

The procedure was painful. However, I remember how kind and professional the staff there were, and how the patients were of different ages. A girl far younger than me was there with her mother, and women that were older than me were present. I did not speak to anybody there, with the exception of staff. They were efficient and made sure I was aware of everything that was happening, including consent forms, medication, and before the procedure, I was thoroughly checked. I was grateful for the nurses who took the time to talk to me and make sure that mentally I was all right and that it was my decision, which it was.

I was treated differently in Dublin. I went to Positive Options beforehand to talk to one of their advisors. They did not even mention that termination was an option to me in their list, until I stated that that was what I wanted.

They provided details of what clinics performed these procedures, but very little else. There was no question of the circumstances of the pregnancy and no offer of counselling if I needed it. After I returned home, I had to go for a check-up at the same place to make sure there had been no complications. That was a similar experience. I left that place more upset than I had the clinic in the Netherlands.

The posters claim that abortion ‘tears your life apart’ and that ‘there is always a better answer.’ The other series of posters for ‘Women Hurt By Abortion’ is equally hurtful. My life was not torn apart, and the aftermath of the procedure was not tragic. I am a functioning individual with no marked mental disorders.

I am lucky in that I have supportive friends, and especially that I knew I was making the right decision for me. I remember that while I was pregnant, I strongly considered putting myself in physical danger, on a regular basis. It is not a pleasant thing to admit, and it is not a good state of mind to be in. After the procedure, I did not feel these urges.

I do not deny that for some women, abortion is a traumatic experience. However, I think that it is less the procedure that is traumatic, if done according to medical standards, and the circumstances surrounding it. Women who have not been in control of their own decisions are the ones who I think will have suffered worst, and I have sympathy for anybody who has had a traumatic experience. I am glad that I had a choice, and although I regret the fact that the event occurred, because it was painful, I do not regret my decision.

I believe that this particular choice is intensely personal and that these posters are not treating the matter with the respect for privacy that it deserves. I have not raised any complaint against these posters, or Youth Defence.

However, I have felt upset at the fact that I see them every day. The level of response I have seen to these posters from people with no direct experience is indicative of their upsetting nature on the whole.

I think that this is an issue that merits objective study, freely available, to let individuals make an informed decision on the issue. Many of the psychological studies which would be invaluable to this debate are inaccessible.

Anyone wishing to contact the author should write to broadsheet@broadsheet.ie and we’ll pass emails on.

What IS On Her Mind

Keeping The Dollars Local, In Fairness 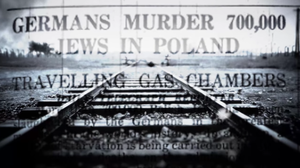