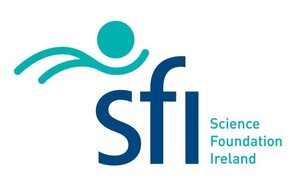 On July 3, Dr Emma Teeling, School of Biology, UCD and Dr Peter Gallagher, School of Physics, TCD, wrote to the Irish Times about government funding of the sciences through Science Foundation Ireland.

The Government’s implementation of the recommendations of the Research Prioritisation Exercise, which was steered predominantly by industrialists and not by leading international scientists, will decimate many Irish research groups. This policy is already driving our best young scientists and their professors to seek opportunities abroad.
For Ireland to lead in science and capitalise on the resulting technologies, we need to keep our best scientists in Ireland.
As with any investment strategy, a diverse portfolio of investments, ranging from fundamental basic research to industrially focused applied projects, has a significantly better potential to produce new Irish scientific discoveries for innovation.

The claim that the Research Prioritisation Exercise was steered predominantly by industrialists is not accurate. In fact, it was composed of a diverse range of members from the worlds of industry and commerce, the research community and the higher education institutions, State bodies and Government departments, along with the chief scientific adviser to the Government. In this context the group had a very good balance and was well equipped to take all relevant factors into consideration.

In relation to the possibility of losing skilled people overseas, any vibrant research ecosystem will see an ebb and flow of capable people in the scientific fields – in some ways this is a good thing, as experience gained abroad has the potential to benefit Ireland in the future. The latest SFI data shows that SFI supports approximately 3,000 researchers, including some 2,000 postgraduate students and post-doctorals – a figure that has remained relatively stable for some time.