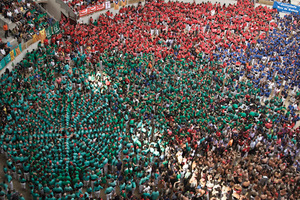 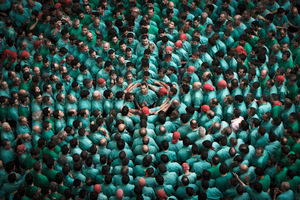 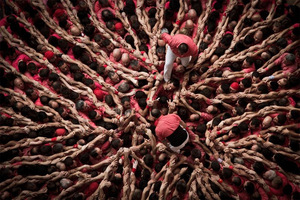 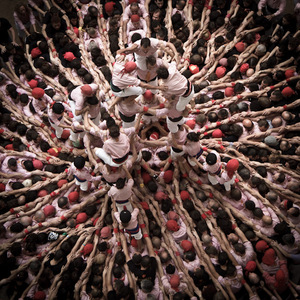 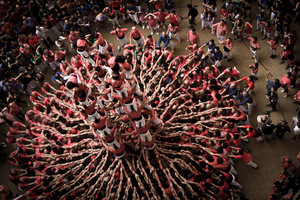 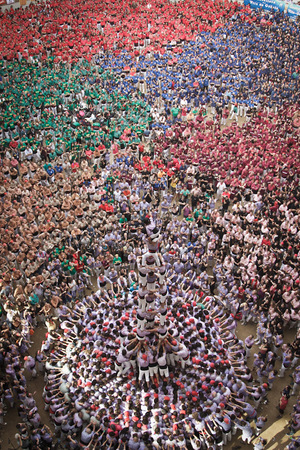 The biannual Concurs de Castellis human tower competition in Catalonia, Spain is a well documented affair, but these near-aerial photographs of thronged castellers at the 2012 event are unique.

[The] XXIV edition took place during the 6th and 7th October 2012 with the participation of 32 teams from all around Catalonia and a live audience of more than 20,000 people. During the competition, the higher and difficult to build a tower is, the more points a team gets. Every human tower is usually between six and ten levels high. Teams are made of between 100 to 500 women and men. Young and light members form the top of the tower while heavier members form the base.
The “castells” have also been one of the most important cultural traditions in Catalonia for more than 200 years. “Strength, balance, courage and common sense” is their motto. In 2010, the castells were declared by UNESCO to be amongst the Masterpieces of the Oral and Intangible Heritage of Humanity”.

The rest of the 38 image set can be viewed here.