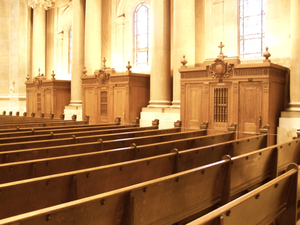 Yesterday, Children’s Minister Frances Fitzgerald published the Children First Bill which will make it mandatory for professionals, including priests, to report situations where they believe children are at risk.

Further to this, retired parish priest Fr Gearoid O Donnchu spoke to Chris O’Donoghue on Newstalk and explained why he won’t break the seal of confession under any circumstance.

Mr O’Donoghue started by asking Fr O Donnchu how long he had been a priest.

Chris O’Donoghue: “So I’m guessing in that time you’ve heard thousands of confessions.”

O Donnchu: “I’d say so yes, at least. Many thousands.”

O’Donoghue: “Father, in those confessions have people ever confessed a crime to you?”

O Donnchu: “That’s not a question I can answer.”

O’Donoghue: “Ok. The reason I was asking about that is because of what is envisaged in the Child First, the Child First legislation which we got a look at but we’ve known a little bit about beforehand. And it is envisaged it would be a law (sic) not to report a crime. And say if a crime is about abuse of a child or neglect of a child was told in confession. What’s your reaction?”

O Donnchu: “As far as I’m concerned what I hear in confession, I have not heard.”

O’Donoghue: “Even if that is about a crime?”

O’Donoghue: “But what if it’s about something that’s ongoing?”

O Donnchu: “I would advise the person that they should make it known publicly or come to me outside of confession. But anything I hear in confession, it’s as if I have not heard it.”

O’Donoghue: “Ok, but Father, do you realise why some people would be angry with that stance? Given that, potentially, people could be at risk. You could be hearing about people that are at risk?”

O’Donnchu: “Yes, but if somebody comes to confession, they come with the understanding that what they say is entirely privileged, there’s no mention of it, ever.”

O’Donoghue: “But I deduce from that though the seal of confession takes precedence over the law?”

O’Donnchu: “The seal of confession takes precedence over everything.”

O’Donoghue: “Even another person’s safety?”

O’Donnchu: “Even my own safety. If someone came and told me that they poisoned the wine I was going to use for Mass, I would still use it.”

O’Donoghue: “But Father, in the incidences of, and I don’t know, I mean, obviously, I’m not a priest so I don’t know how commonplace it is but presumably people who are doing bad things have guilty conscience and, if they are Catholic, they might try to ease that conscience by going to confession and those things could be ongoing like neglect or abuse of a child.”

O Donnchu: “That’s correct. And I think it’s the duty of the priest there to insist with the penitent to do something about the activities that we’re talking about.”

O’Donoghue: “Yes, you can insist in your advice or your counsel that, ‘you should go to the Gardaí’ or whatever that is.”

O Donnchu: “But if they don’t want to go then there’s nothing I can do about it.”

O’Donoghue: “Well there is, but you’re choosing not to?”

O’Donoghue: “Are you at peace with that Father, that you could be leaving people in danger?”

O’Donoghue: “You’re completely at peace with that?”

O Donnchu: “Completely at peace with it.”

O’Donoghue: “Some people might be livid to hear that.”

O Donnchu: “[laughs] That’s possible. When I say that I’d be completely at peace, I suppose that’s not quite a full statement. I would of course be worried, personally. But I haven’t the liberty to divulge that to a single person.”

O’Donoghue: “You would be breaking the law from now on?”

O Donnchu: “I wonder would I?”

O’Donoghue: “Well I suppose it’s more of a question, would you be breaking the law in what is envisaged here?”

O Donnchu: “I don’t know, I haven’t seen the law. But if the law says that what I hear in confession I should go to the guards with, then I’m prepared to break that.”

O’Donoghue: “Even if, at the core of the issue here, Father, is something that I genuinely believe you would believe is strongly in: protection of the child in all instance.”

O Donnchu: “Definitely, I would do everything I could to protect a child.”

O’Donoghue: “But not to break the seal…”

O Donnchu: “But not to break the seal of confession.”

O’Donoghue: “So you are keeping one thing above the protection of the child then?

O’Donoghue: “But you see Father, in say, the analogy you gave about the wine, that’s personal choice, you’re choosing not to protect yourself in that instance. A child can’t choose, a child could be in a harmful environment and, as an adult, you now have essential information.”

O’Donoghue: “Father Gearoid, is there any, and I understand you won’t tell me instances of confession, but is there any working around this? I mean can you act, based on something that you have heard in confession, I don’t mean tip someone off, I don’t mean something that blunt but can you act to remove people from situations in your other duties.”

O’Donoghue: “You don’t do anything based on what you hear in confession?”

O’Donoghue: “Even if that is breaking the law from now on, that’s what you’re willing to keep doing?” 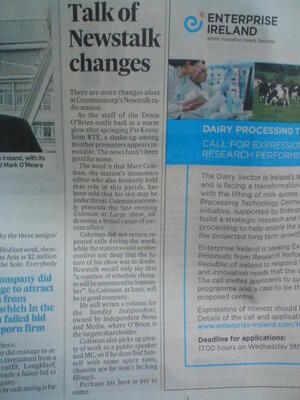 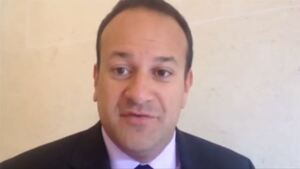