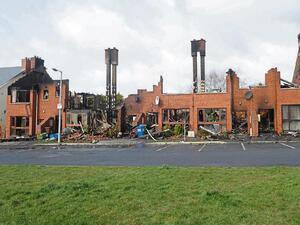 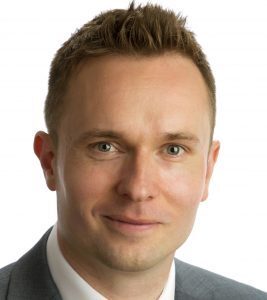 A report into fire which destroyed 6 houses in 25 minutes at Millford Manor in Newbridge in County Kildare in 2015 was published on Friday.

However, the ‘Framework for Enchancing Fire Safety in Dwellings Where Concerns Arise”, was published with references to the Newbridge fire redacted.

Have any lessons been learned from the Millfield Manor fire?

In March 2015 fire spread within minutes through six terraced houses at Millfield Manor, a timber frame estate in Newbridge. The fire stopping measures required by the building regulations were partially missing, allowing fire to spread rapidly between homes.

It was the latest of several fires in timber frame estates that brought to light fire safety structural defects.

In response, the government commissioned a review in July 2015 to include a case study of Millfield Manor.

Last Friday, more than two years later, the review was finally published – with the case study from Millfield Manor was omitted.

Over the weekend residents of Millfield were given an unpublished copy of the case study into their estate – the review categorises the risks associated with fire safety defects in Millfield as moderate or medium despite the destruction of six homes in March 2015.

So what are the key learnings from the fire?

And what is the plan for dealing with structural fire safety defects?

Is there a specific plan to deal with the issue of fire safety defects in timber frame estates that were not constructed in compliance with the building regulations?

It appears that there aren’t any key learnings taken from the fire at Millfield Manor or the other fires that have spread rapidly in timber frame estates.

In fact, the government’s review does not even mention the word timber frame; there are no proposals about how to tackle fire safety defects; and responsibility for remedying defects is put firmly on the shoulders of residents and homeowners.

There is no mention in the review of the failure of local authorities to use their enforcement powers against developers to ensure remediation of homes that are structurally non-compliant with the fire safety building regulations.

There is no attempt to hold those responsible to account.

Facing up to the problem of fire safety defects and offering practical assistance and solutions for residents will be challenging – however the alternative minimalist approach to fire safety concerns, favoured up until recently by the authorities in London, is simply not worth contemplating.