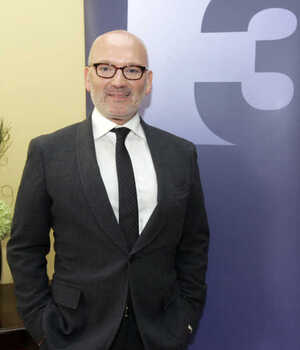 Ben Frow, Director of programming at TV3, shot the breeze with The Sunday Times yesterday. And tore new ones for the following:

Ray Darcy: “I probably could have had Ray D’Arcy (for forthcoming TV3 dating show Take Me Out). Everyone can have Ray D’Arcy. But I didn’t want Ray D’Arcy. I wanted someone new.”

RTE personalities: “The place is swimming with people who used to be the face of RTE. I can go around scooping them up and giving them a second crack at the whip and I’m not saying I wouldn’t do that, but I think I have to find new faces.

TV3’s Take Me Out (see above) “A pretty trashy dating show, everyone’s guilty pleasure, a car crash alternative to the Late Late Show.”

Brendan O’Connor (on leaving TV3 for RTE): “he handled it very badly and very rudely, as far as I was concerned. He said: ‘RTE are sniffing around, I’d really like to stay with TV3, can we come to a deal?’ We had a agreed a deal. I have the emails saying he was happy with it. Then I had no contact for a week. I didn’t hear one word until one of the producers came in a said: ‘You’ve heard that Brendan is doing a chat show on RTE? It was announced this morning.’ It was disrespectful”

Crikey. And guess who he lunches with?

So You Don’t Watch Fair City?