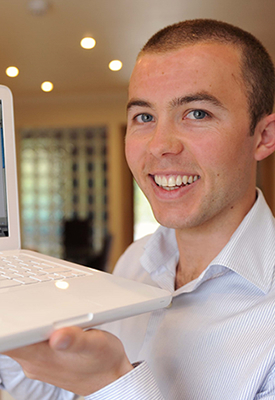 They’ve been monitoring the global coverage (including social network/ Twitter interface) of the Cowen story. They just got a mention in the Washington Post.

No. He is O’Leary Analytics.

How did he get on in the Junior Cert?

He has degree in journalism and Media Communications from Griffith College Dublin. After graduating he went to Cork and worked on the Irish Examiner.

How high-tech of him.

After the Examiner he returned  to Dublin to work with Meltwater, a Norwegian software company. He launched O’Leary Analytics in November 2009.

How does he do the things he does

O’Leary Analytics apparently acquired a license for a new social media monitoring tool. We can find no record of such a device. But Stephen says it opens up a listing of “over 220 million sources, including blogs, Twitter, Facebook, YouTube, and message forums. Information that can be monitored and analysed: sentiment, ‘demographics, readership, geographical spread, key influencers, and the comparison of campaigns’.

So he just uses Google like the rest of us?

So who monitors the monitor as he monitors?

Will he come and work for us?

No. He plans to make money

Confidence Booster: And We Thought We Sucked At Photoshop