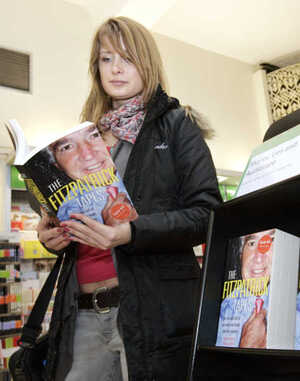 How did Penguin keep The Fitzpatrick Tapes secret in a city like Dublin?

Irish Publishing News reveals the book was “not listed in Penguin’s internal systems, on Amazon or the Book Depository in advance of publication as would be normal.”

The only sign of a forthcoming book was this page on Penguin Canada:

Irish Publishing News adds: “Penguin Ireland MD, Michael McLoughlin said High Street retailers were only informed of the forthcoming title on Friday, and even then, they were not told the title or the subject. Several agreed nonetheless to take copies into stores on Sunday morning [to coincide with The Sunday Times scoop]. Getting copies to bookstores on a Sunday morning required the staff at the publisher to deliver copies directly from their Stephen’s Green office rather than via a distribution company.”