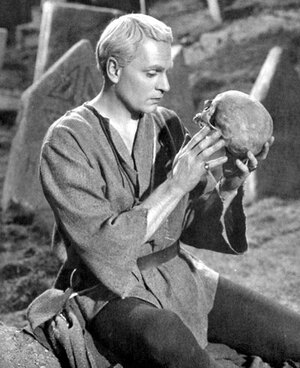 The identity of the Prince of Denmark has fascinated scholars for centuries, with disputes about the name’s Jutish, Icelandic or Latin etymology jostling for academic pre-eminence.

Now Dr Lisa Collinson, a medieval Scandinavian expert at Aberdeen University, has published research which traces the unusual word to a little known Gaelic mystery tale from the dark ages.

Shakespeare is known to have borrowed the name Hamlet from a contemporary History of the Danes that had been translated into French. That version in turn was based upon Scandinavian sagas recorded by a 10th or 11th century Icelandic author known as Snow Bear; one verse even refers to a character called Amlothi.

But Collinson, whose work is published in Oxford University Press’s prestigious Review of English Studies, does not abandon her detective work at the conventional explanation adopted by most Shakespearean enthusiasts.

“We can take this further, and match Amlethus and Amlothi with the Gaelic name Admlithi (the “d” is silent) which is related to a Gaelic word for grinding,” she explained.

Collinson maintains that Snow Bear’s Amlothi was probably a corruption of this Gaelic name, used to describe part of the grinding sea – a motif underlying the text’s theme.

Exploring even earlier, she discovered the name Admlithi (the “d” is silent) in an Irish story entitled The Destruction of Da Derga’s Hostel thought to have been compiled in the 8th or 9th century. The tale recounts the story of a king who breaks social taboos and consequently meets a grisly end.

Was The Great Dane Irish? That Is The Question (Guardian)

Guess Who Shell Are Using To Work On The Corrib Wells?