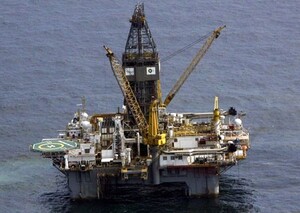 SHELL EP Ireland has hired the Transocean-owned Sedco 711 rig to carry out work on a number of wells in the Corrib gas field 80km (50 miles) off the Mayo coastline.

Owner of the Deepwater rig used by BP which sank in the Gulf of Mexico last year killing 11 workers and spewing thousands of barrels of oil into the sea.

But wasn’t that a one off?

Not quite. A Wall Street Journal investigation revealed: “Nearly three of every four incidents that triggered federal investigations into safety and other problems on deepwater drilling rigs in the Gulf of Mexico since 2008 have been on rigs operated by Transocean, according to an analysis of federal data.”

Eh, When You Say Government…