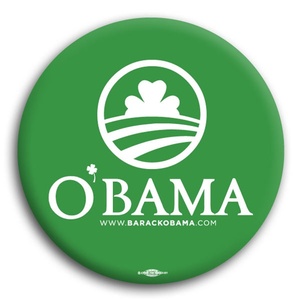 President Barack Obama found out years ago he had an Irish ancestor who fled the potato famine in 1850. He can now claim 28 living relatives who also descended from that Irishman, including a Vietnam veteran, a school nurse and a displeased Arizona Republican.

The president’s newly identified relatives are revealed in a study released to The Associated Press by Ancestry.com, whose genealogists also traced descendants of 23 other Irish passengers on the ship that brought Falmouth Kearney, Obama’s great-great-great-grandfather, to the United States when he was 19.

The survey allowed genealogists to further trace branches in Obama’s family tree and others who arrived on the ship, known as the Marmion, on March 20, 1850.

According to the survey, the passengers’ descendants live in Canada, Syria and throughout the United States. Among Obama’s newly identified relatives is 83-year-old Dorma Lee Reese, of Tucson, Ariz.

“I’m not a Democrat, so I can’t say I clapped,” said Reese, a retired brain-imaging technologist. “I don’t appreciate what he’s done by any means, but I do appreciate that he holds that office.”