Twenty years ago last night – April 17, 1991 – Nirvana played ‘Smells Like Teen Spirit’ for the first time at a concert in Seattle’s OK Hotel. Footage of this debut performance was included on Nirvana’s posthumous 2004 box set With the Lights Out. The single was released in August that same year.

The rest, as they say, was misery. And Courtney Love

Of the song, Cobain famously said he “was basically trying to rip off the Pixies… we used their sense of dynamics, being soft and quiet and then loud and hard.” It’s an apt homage, considering that Nirvana’s explosive success — and Nevermind’s ushering in of mainstream alternative — was in many ways a culmination of the long road tread by the bands that comprised the ’80s college rock and indie underground universe. 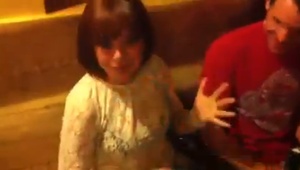