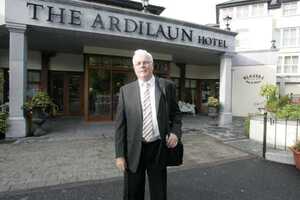 The head of the National Asset Management Agency said he was “extremely disappointed and disturbed” that information provided to the agency by bailed-out banks “has not stood up”. The stinging criticism of the banks from NAMA chairman Frank Daly (above) came as he revealed that the agency was likely to make profits of just €1bn over the next 10 years and could lose as much as €800m in the “worst-case scenario”. That is a far cry from the previous projection of profits nearing €4.8bn.

The agency made a operating profit of €305 million for the year, but impairment losses were €1.485 billion for the 12-month period.

Scary. To Be Frank