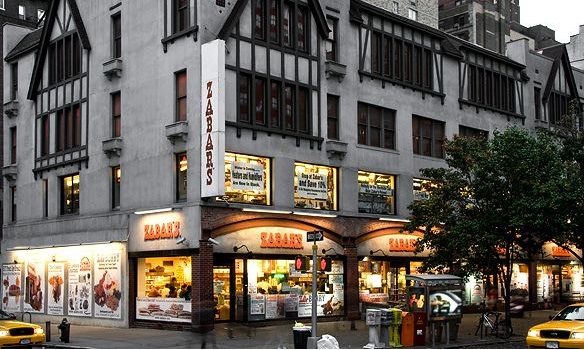 For at least 15 years, Zabar’s, the Upper West Side grocery with the big crowds and even bigger prices, sold it as lobster salad — thousands and thousands of pounds of it, by itself in a plastic tub or on a bagel or a roll. Apparently no one noticed.

Then Doug MacCash, a reporter from The Times-Picayune of New Orleans, stopped at Zabar’s while vacationing in Manhattan last month.

“Lobster salad on a bagel: Why not?” he wrote on Aug. 1 on the newspaper’s Web site. “It was delicious, but the pink/orange tails seemed somehow familiar.”

He checked the label. “Wild fresh water crayfish?” he wrote. “Really? At $16.95 per pound?” He photographed the label, just to be sure. 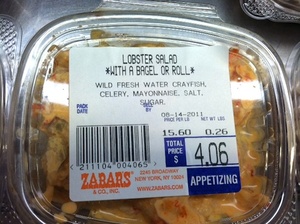 Mr. MacCash had discovered a fact of New York culinary life that New Yorkers had not: There was no lobster in the lobster salad at Zabar’s.