Gawker: one of the first out of the blocks with their own irreverent 911 mega post – a defiant selection of the Big Apple’s finest snark for the day that’s in it. They’re New Yorkers. They’re allowed. 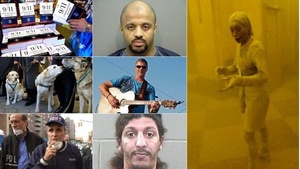 The September 11 attacks placed all kinds of characters—some sinister, some sympathetic—in the public eye, both making careers and ending others. It helped conspiracy theorists attract followings, terrorists earn life sentences, rescue dogs win medals, and patriotic country music stars gain crossover fans. Let’s check in with some of the folks (and dogs) for whom 9/11 became a watershed personal branding moment, whether they intended it to or not. 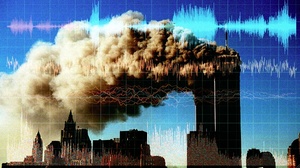 The New York Times has assembled and posted more than two hours of military, air traffic and airline radio communications – some of it never before heard in public. It is depressing and fascinating. 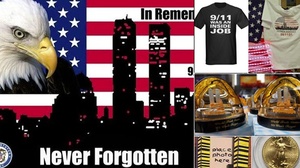 In New York magazine’s 9/11 issue, Mark Lilla says, “The tragedy will be mourned, then trivialized, then commercialized, and then amnesia will set in.” There are some tchotchkes that mourn, trivialize, and commercialize that tragedy all at once.

Live From The World Trade Centre

Cling To The Memory