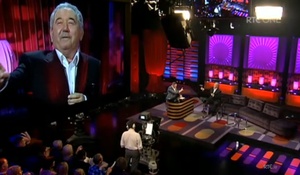 Starts at 18.50 (They first talk about the Mater Children’s Hospital, of which Harry is a chairman. He makes an appeal for donations from the public.)

BO’C: You have also been responsible, I suppose, for a lot of other landmarks around Dublin..the Point and a lot of the docklands…

HC: And Grand Canal Theatre and Vicar St, which everyone forgets about. And I was also one of the three guys who built the National Conference Centre. I haven’t been wasting my time, have I?

BO’C: You certainly haven’t. I suppose you first came on most people’s radar was when you came on the Late Late like a chippy barrowboy ..getting a vision going..

HC: Yeah I was selling tickets and trying to get the, what used to be then, the Point up and running. But you know although things are very tough and difficult at the moment, the reality is we have three venues which are highly successful. We have created 1,000 jobs between part-time and permanent which are still there. We bring E150million a year into the Dublin economy. We’re the biggest drivers for taxi revenues, for hotel revenues, for restaurant revenues. And, you know, that is only going get better because if we’ve got this far into the collapse, we reckon we’ll come out the other side.

BO’C: Now Harry, I always admire your hutzpah and positivity, and I know you feel you’ve a duty to be positive and everything.  But the reality is aswell, and like you’ve done fantastic work, I live down there and walk around there everyday and it’s fabulous. But you’re in Nama now and you know things have changed and the grand vision has stalled a little bit.

HC: Things have collapsed. What happened was we got through with the O2 just about made it through, before the collapse.When we were doing the Grand Canal Theatre, the thing collapsed. The partners that I was meant to have abandoned the job, the banks basically abandoned the job and basically if it wasn’t for Nama, we wouldn’t have got that finished.

BO’C: So, effectively, Nama own the Grand Canal Theatre is that what..?

HC: No, no, no. But they helped me finance, they helped me get the working capital get it finished. And it’s been a huge success for Dublin. It’s employing 120 people. And it is a huge driver for the city.

BO’C: Ok. Again, I’m not trying to be negative or anything but..

HC: No, I’ve no problem with being negative..

BO’C: At the same time, isn’t there a lot of other stuff that isn’t working out?

HC: Yeah, the Point Village got caught at the very worst time. And then what happened like, as often happens, a whole load of things went wrong together. The main contractor went bust which, on a big, big site like that, is an absolute nightmare. And then the main anchor tenant wouldn’t trade, Dunnes Stores.

HC: No, well the fact is we took them to court, they gave an undertaking in front of the judge, Justice Frank Clark that they wouldd trade, but they’ve broken their word and now we’re back in court again, which, we don’t want to be in court. We just want to get fixed.

HC: So if anyone’s listening from Dunnes Stores, would you come down and open the shop and let us get going. Hello!

Applause & talk over each other

BO’C: But hang on Harry, maybe Dunnes  don’t want to come down there because it’s a bit of a wasteland down there.

BO’C: I don’t want to be insulting to you like but it’s..the dream has stalled a little bit.

HC: Well I don’t agree with that at all. Again with the help of Nama, we got it finished. We have opened the Gibson Hotel which is hugely.. and it employs 140 people. We have started work on the cinema complex, with Odeon, which is going to employ 120 people, we have more and more enquiries for the offices, we have a 1,000 car park spaces..

BO’C: So you think it’ll take off there?

HC: Absolutely. In four years it will be flying and buzzing and we will have paid back everybody, and we’ll be laughing.

BO’C: Ok. And you say you’ll have paid back everybody? You believe that?

BO’C: But you see, I’ll tell you what I don’t understand, right? If commercial property is down by what, two thirds?

BO’C: So presumably you have huge borrowings  that you’ve borrowed against commercial property projects. If they’re gone down by two thirds, then how are you going to pay? Like how much roughly do you owe? I know you don’t want to say specifics, you can’t say specifics.. but..

BO’C: It’s reported out there that you owe, say half a billion?

HC: No, no it’s not that. I’m not allowed to speak about actual  specific business with Nama. But what I do want to say is..

BO’C: But logically, how are you going to pay off the money..if the property is only worth a third..

Talk over each other a little.

BO’C: I can see you’re not going to say a word against Nama.

HC: Now the money we’re going to pay back is what they paid. That’s the only money.

HC: Well I don’t know the figures yet, they won’t tell anybody…

HC: We don’t know what they did for us.

BO’C: Ok. You don’t know what the haircut is. So you’ll pay back what the loan cost Nama.

HC: Well it’s not as if this isn’t going to be a surprise to anybody. What’s happened is the rents of commercial properties are much, much lower than they were, they’re less than half. So therefore, it’s the calculation of the rent that drives the values.

HC: So there’s no surprise by saying the values have collapsed. Our job is to get the thing finished and let, which we will do.

BO’C: And to pay back as much as you can like..but you’re not going to pay it all..

HC: No..we will pay back whatever they paid because that’s what’s gonna happen in the real world.

BO’C: I don’t want to get like Prime Timey about it but the amount that was taken off in the haircut then that we paid through recapitalising the banks effectively.. That money’s gone yeah?

BO’C: Can I ask you a cheeky question. The people who paid here..I look back now and paid crazy money for a house right. But I have to pay it back, every penny of that and I have to face those consequences. Do you get that people might be looking thinking so he’s going to pay back whatever, half the money, whatever Nama paid for it, and we pay back the rest of the money and Harry’s laughing like..do you know what I mean?

HC: I’m not saying that’s going to happen. There’s no other way it can be fixed. We are going to keep on working and in two or three of four years when we have it fully rented, we are going to go back and have it valued, depending on the rent, it’s a multiplyer of the rents, and whatever that figure is, if we can raise it in the marketplace, we will pay them. That’s how it works.

BO’C: But we all have to kind of accept that there’s a lot of money gone?

BO’C: And has it affected your life or your lifestyle.

HC: Well now I was never into jet-sets and helicopters. I’m an ordinary person. I’ve always been famous for being an ordinary guy, I live in the same house, I have an ordinary car. I don’t..

HC: I don’t get involved in..I’ve always lived down in the docks, in my little warehouse.

BO’C:: What do you reckon is the way out of it then?

HC: Well, first of all, I think the European problem has to be fixed. And I think that the minute that is fixed, we will come back stronger and quicker then people anticipate. I have to say I’m very impressed with the Taoiseach and Michael Noonan.

BO’C: People will be surprised to hear that because you wouldn’t traditionally associated with Fine Gael

HC: I’m not associated with anybody. I’m completely not political. At all.  But I think their communication skills have been precision bombing perfect. I think they have changed the tenor of the debate about Ireland. They’ve deftly driven down interest rates. And I think, given time, they seem to understand the problem this time.

HC: And I think that if there’s a solution, we now have a government that can drive it forward. And my advice to anybody out there with small businesses is hold your nerve. I think it’s going to fix and I think it’s going to fix quicker and stronger then everybody thinks. And I believe we have an amazing little country here. And it’s gonna come back. The business profiles will be tougher and stronger than we have ever known before and I think we should just hang in there. 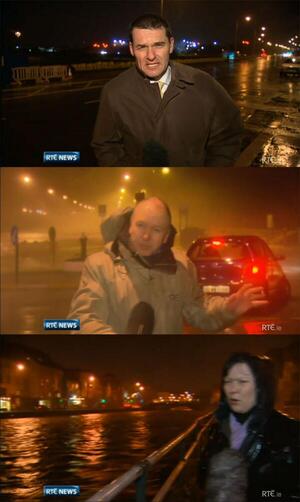 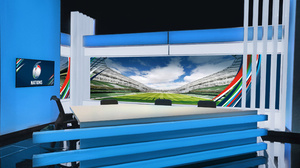 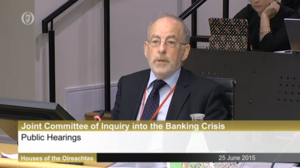 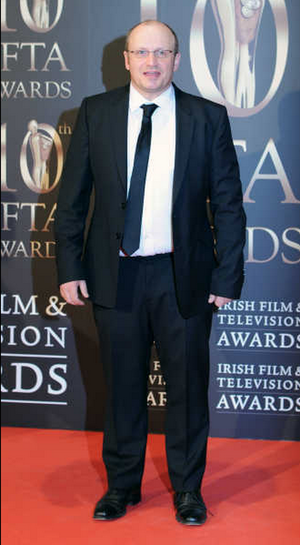