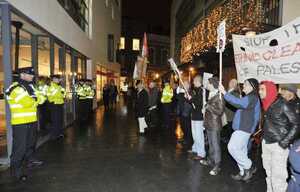 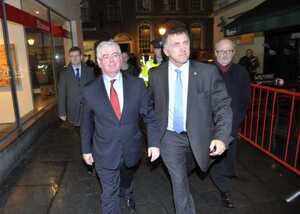 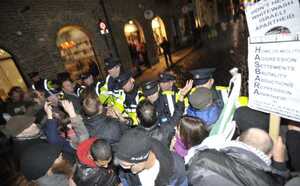 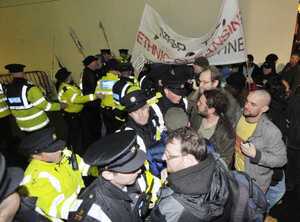 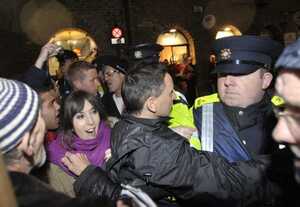 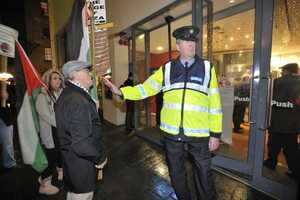 Up to 60 pro-Palestinian activists clash with Gardai at the start of the ‘Israeli Film Days’ festival at Filmbase in Curved Street, Temple Bar this evening. The festival, partly organised by the Israeli Embassy, was attended by Tanaiste Eamon Gilmore (second pic) and Justice Minister Alan Shatter.

A press release from the Ireland Palestine Solidarity Campaign stated:

“After being forced off Curved Street, the protest found itself split into two crowds, on Temple Lane Street and Eustace Street.Those on Temple Lane Street were pushed further down the street by a Garda ‘security line’, at which pointed they marched around Temple Bar and linked up with their colleagues on Eustace Street. At this point, they were again pushed back by the Gardai, and a megaphone was seized from Dr. Fintan Lane of the Irish Ship To Gaza campaign while he was making a speech. After this the protest dispersed, while the megaphone remains in Garda custody.”