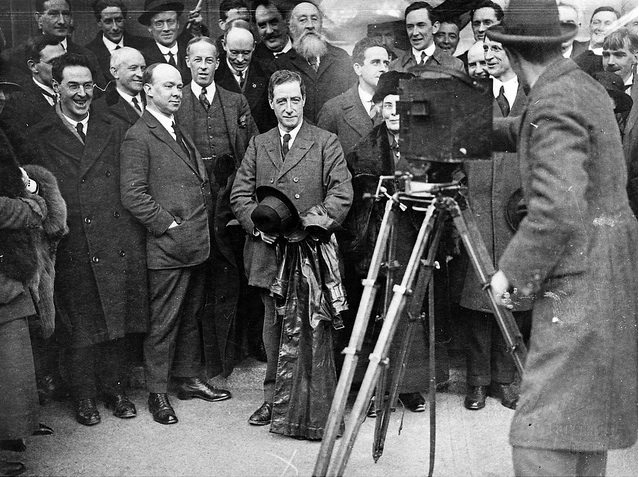 According to our catalogue, this was the Irish Republican Party (Sinn Féin) photographed on Monday, 10 July 1922 presumably in Dublin. However, as Cathal Brugha is present in this photo, and he died on Friday, 7 July 1922 then we need help to ascertain the correct date for this photo.

Some of the figures are readily identifiable, most obviously Eamon de Valera captured smiling. Think that may be Margaret Pearse, mother of Patrick Pearse, partially obscured by the newsreel camera, but would like to identify other people.

How Camp Were British Soldiers Based In Ireland?