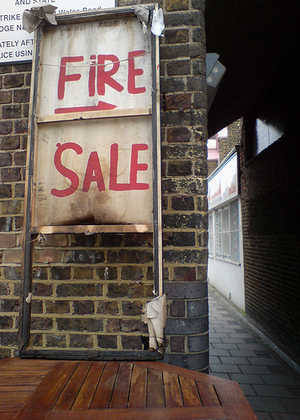 THE STATE’S 25 per cent stake in Aer Lingus is included in the list of State assets recommended for sale as part of the bailout agreed with the EU-IMF troika.

The list has been drawn up by an interdepartmental group which identified assets and commercial State companies that could be sold in addition to the minority stake in ESB, a sale already agreed with the EU Commission, ECB and IMF.

Other key assets which have been identified as suitable for sale include Dublin Port, which has been provisionally valued at €400 million, and parts of Bord Gáis and Coillte.

The report of the group, drawn from six Government departments, cautioned against the “fire sale” of any asset and also emphasised that the stake in Aer Lingus would have to be sold at the right time.