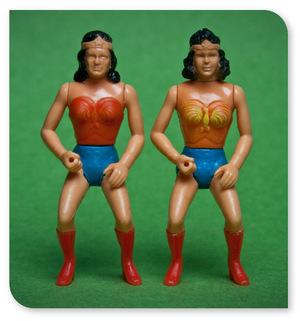 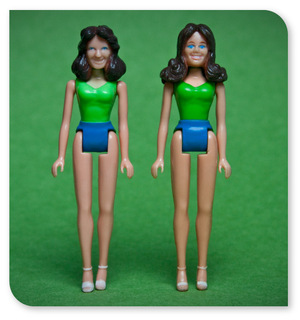 Two female action figures from US toy company MEGO – a dominant force in the 1970s action figure market. The examples above are the before (left) and after (right) results of a rare recall and ‘re-sculpture’.

The initial versions were just deemed that fugly.

Wonder Woman (and for pity’s sake let’s just assume that hand was designed to hold a lasso of truth) you probably recognise. The second figure  – believe it or not – is Daisy (Catherine Bachman) from the Dukes of Hazzard.

MEGO filed for bankruptcy in 1982.

Tattoo Of My Kids Fail