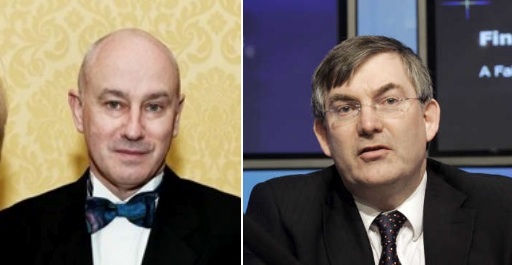 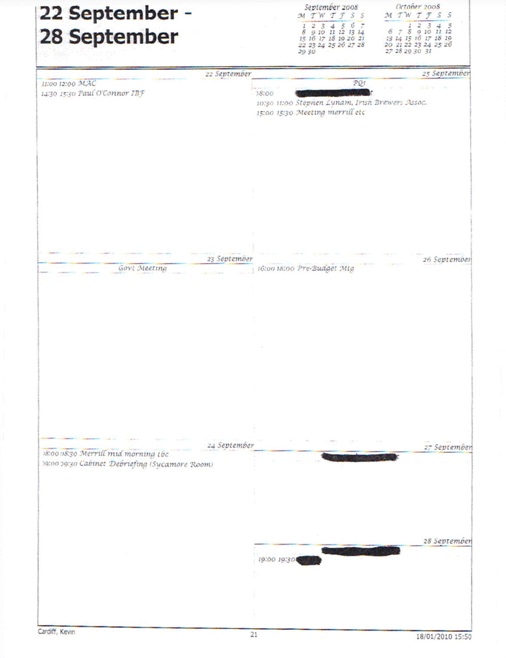 February 2008: Investors in ISTC are forced to write off losses of €820 million, at the time the biggest cash loss for an irish company. The firm has just €57.8 million to cover liabilities of €878 million.

September 25, 2008 (8.30pm, but not listed in Kevin Cardiff’s appontment book above): Tiernan O’Mahony meets Kevin Cardiff at the Department of Finance to offer suggestions on whether the government should guarantee the banks. According to the Sunday Independent: “Mr O’Mahony told Mr Cardiff, according to well-placed sources, that the State needed to consider some form of a guarantee to restore confidence to the market and halt the flow of billions in deposits out of Irish banks.”