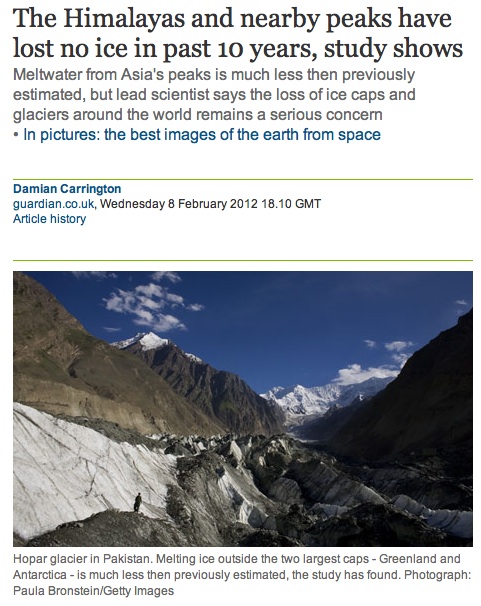 The reason for the radical reappraisal of ice melting in Asia is the different ways in which the current and previous studies were conducted. Until now, estimates of meltwater loss for all the world’s 200,000 glaciers were based on extrapolations of data from a few hundred monitored on the ground. Those glaciers at lower altitudes are much easier for scientists to get to and so were more frequently included, but they were also more prone to melting.

The Himalayas And Nearby Peaks Have Lost No Ice In Past 10 Years, Study Shows (Damian Carrington, Guardian)