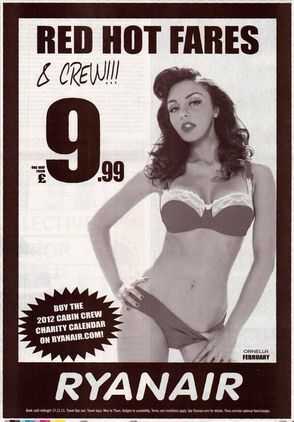 Ryanair has been criticised by the UK’s Advertising Standards Authority (ASA) for a “sexist” advertising campaign, which it said “objectified” women.
Ryanair said the promotion featured shots taken from its 2012 cabin crew charity calendar and claimed the pictures were not sexist because members of staff had volunteered to produce the images.
However, the ASA has ruled the adverts cannot appear again.

“We also considered that most readers would interpret these images, in conjunction with the text ‘Red hot fares & crew!!!’ and the names of the women, as linking female cabin crew with sexually suggestive behaviour,” it said. 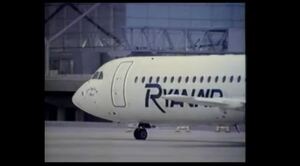 For The Frill Of It All