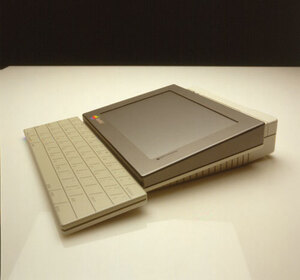 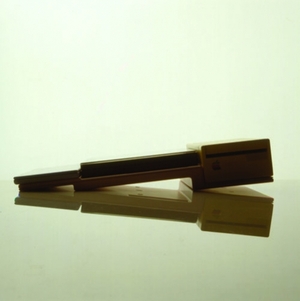 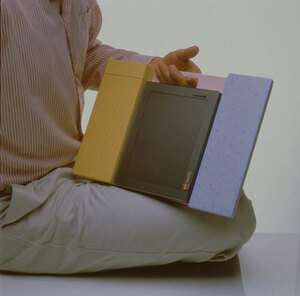 As the world waits for the iPad 3.

Behold The ‘Bashful’ the Apple tablet protoype from 1983 named after the shy dwarf in Snow White.

Concepts for this early pre-touch tablet included one with an attached keyboard and one with a floppy disk drive and convenient handle for maximum portability. An attached stylus helped the user interact with the screen. One frog/Apple tablet concept also included an attached phone.