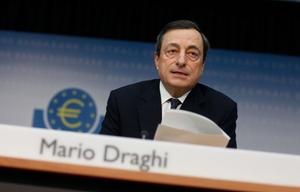 That proposed delay on the €3.1 billion cash payment due on March 31?

More than six months after Dublin first raised the matter with the ECB, the Frankfurt-based institution is pushing back heavily against persistent Irish demands for a concession to ease the cost of rescuing the former Anglo Irish Bank.
Within the ECB, the view remains that alternative avenues are open to the Government to improve its finances, among them reductions in public sector pay and welfare entitlements.

The argument is made that average public pay and welfare levels in Ireland are higher than the average in some of the other euro zone countries that are supporting Ireland’s bailout, among them Spain, Slovenia and Slovakia.

Meanwhile in other ‘Good Luck With That’ news: