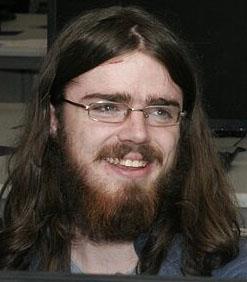 In the past few days we got the tragic news that our friend [19-year-old Dublin City University  student] Paul Bunbury had passed away, having been found after almost six weeks after he disappeared in early February. When he went missing from his apartment at Dublin City University a huge campaign immediately surged forward to track down Paul’s whereabouts.. His friends (many of them, like Paul, tech-savvy) met both online and in person to drive the campaign practically 24/7. Within a couple of days the campaign had spread all over the social networks, blogs, and on the streets with thousands of people pushing to help find him. It was clear that Paul was loved dearly by those around him, whose lives were touched by his presence.
I had known Paul for almost two and a half years, ever since he joined Redbrick, DCU’s computer networking society. It was obvious even then that Paul would go on to play a big part in the lives of other society members and the friends he would make as he settled into college life. He had a dry, and very witty, sense of humour. If ever someone attempted to rile him, they would be very swiftly cut down with a large helping of sarcasm. He managed to tell even the most boring stories in a hugely entertaining way, and one that always left people smiling. On our numerous nights out with friends, I always noticed how people gathered around Paul to share the craic, as he was genuinely the life and soul of the party. He made some very close friends in Redbrick and through his college course in computing. While I’ve always been rather ignorant of software programming and things like that, it was very clear from his conversations that he was a very skilled programmer and extremely intelligent student. People looked up to him for guidance and advice in his field of expertise, and collaborated with him on exciting projects.
After receiving the news, a group of us – made up of his friends and family – met up in the bar in DCU, the same bar in which we enjoyed many nights out with him. In one sense it was a sad evening: Paul’s absence was all too noticeable. But in another it was a positive experience: everyone came together to celebrate Paul’s life and to reflect on how he played a part in each of our lives.
We won’t forget his smile and his laugh and how he made those around him so happy. He went too soon, but I’m proud that I could call him a friend.