“I think that the last three or four years of Bertie Ahern’s reign he presided over a free-for-all in the economy which led to this extraordinary, unsustainable and now-reversing property boom which came to dominate everything, every single thing in this country. It dominated how people behaved, it dominated how people spent their money, it dominated how the banks lent their money and ultimately what I think is it sucked in all the resources of our country into one almost  big bonfire of the vanities in property.

And I think history will judge him quite harshly because of that. Because here you have a situation where the man in charge instead of – and again I think it’s very important, you know, that ministers for finance, taoisigh, economists, whatever, you’ve got to act a wee bit like a doctor with a patient. There’s no point telling the patient you have cancer two days before the patient is about to die.

The idea is early intervention. Recognise the signs four or five years beforehand. Intervene properly. And the signs in Ireland were very, very simple, The economy was going out of control and that very, very effervescence was carrying us all along in this perception that, ‘Ah, you know, everything is hunky dory’, and we’ve been absorbing as many migrants as possible, we can drive house prices up and what we are left with and I think it’s a very serious problem now is a generation that is mortgaged with 40-year mortgages  to live in houses which will not be worth anything like they paid the money for. And they will be lumbered with this [negative equity] and this is the most productive generation.

I’m not saying it’s not inconceivable that we can’t turn it around. I think it is. And I think that Brian [Cowen] can, other countries have been through the same thing…[interrupted and reminded by host John Bowman: “We’re on Bertie’s Legacy”]…Yes, Bertie’s legacy. I think that [property bubble] is a serious, serious black note because it takes a long time for societies to recover.”

The Mahon Tribunal: Read Only 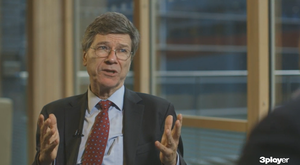