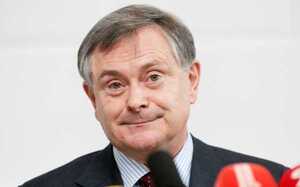 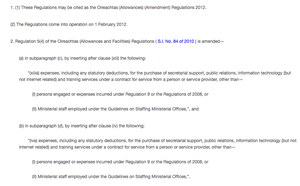 To recap (via yesterday’s Irish Independent):

TDs were on average managing to spend only two-thirds of their “unvouched” (that is they didn’t have to produce receipts) annual expenses of €25,700. The logical response from the Minister for Public Expenditure and Reform to this situation should have been to cut the unvouched expenses allowance to the amount that TDs were actually spending.

Instead Mr Howlin has allowed TDs to spend the money they were unable to spend on unvouched expenses on hiring an extra secretaries and public relations consultants instead.

Howlin In The Wind