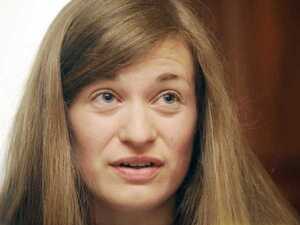 NUI Maynooth postgraduate student Jerrie Ann Sullivan was one of two women arrested during a Shell-To-Sea protest in Mayo when Gardai were recorded joking about raping and deporting one of the women.

She said this afternoon (via Dublin Shell to Sea):

“I’m not at all surprised at today’s news, considering how An Garda Síochána, the Garda Ombudsman and Alan Shatter have handled this incident and the Corrib project generally. No Garda has ever been disciplined over policing of Corrib, as Corrib Gardaí are politically protected.”

“With a police force under the direct control of government ministers, this report is predictable – just as it was predictable from the start that the Ombudsman investigation would protect the Gardaí. This is the same reason that people campaigning against Corrib have stopped making official complaints about Gardaí.

“The narrow scope of today’s report does nothing to address the real reasons that Gardaí felt free to talk flippantly about raping campaigners. Possible minor discipline for any one officer is not an appropriate response to the Corrib policing culture of violence and disrespect that has been institutionalised by the State as a whole. This culture has been established and nurtured by politicians who have publicly sanctioned the use of violent force against the community affected by the Corrib gas project.

“We need a culture in Ireland where people – including whistleblowers within the Gardaí – can bring matters to public attention without fear. The aggressive reactions of the Gardaí and the Ombudsman after I brought this incident to light were very troubling for me, my family and my academic supervisors, all of which my lecturers and I have set out in a briefing document explaining our concerns.” (See here)

“While this incident is over, people living the area continue to face the same dangerous, state-sanctioned police culture which it spotlighted, as described in a seven-page complaint issued last month by 112 local residents about how the Corrib project is affecting daily life in North West Mayo (see here).“

The Guard Will See You Now