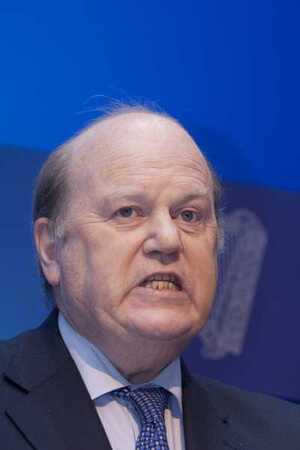 MINISTER FOR Finance Michael Noonan has rejected claims that he is trying to scare the electorate into voting Yes to the fiscal treaty, saying the Irish people are entitled to know the truth. He said his comment that next year’s budget would be more difficult if the treaty is rejected was a “considered statement”.

Speaking in Brussels yesterday Mr Noonan said some appeared to believe that you couldn’t have a frank debate because it upset Sinn Féin.

A No vote would oblige him to reduce his forecast for economic growth for next year, he added.