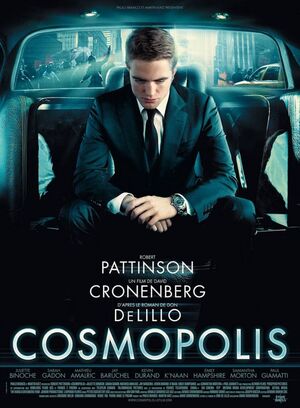 Five things you need to know:

1. Twilight’s R-Patz really wants to get rid of that sappy teen idol image.

2. He’s only gone and done a film with the Greatest Living Canadian (after
Shatner) David Cronenberg.

3. This is the second Cronenberg flick this year, after so-so Fassbender kinky shrink flick A Dangerous Method. This one looks a bit more Cronenbergian, like.

4. It’s based on a Don DeDillo book. Which you should read. It’s inspired by Ulysses, kinda.

5. It debuted at Cannes last week, to mixed reviews. It’s out here next month. We’re there.