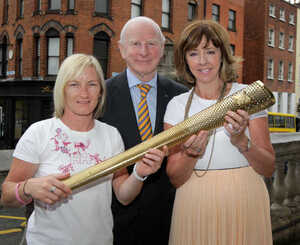 Outside Dublin City Hall earlier were Pat Hickey of the Olympic Council of Ireland with Irish soccer player Olivia O’Toole (left) and Joan Freeman, of Pieta House, with the Olympic Torch which will be lit (from the torch coming down from Northern ireland, we’re guessing) and carried through Dublin tomorrow on its way to London. 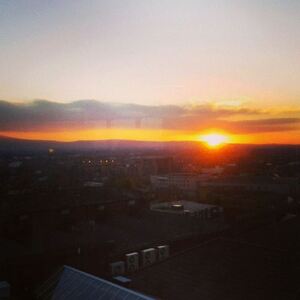