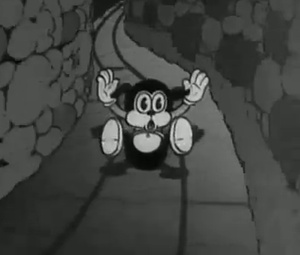 Cartoonist and illustrator Jim Woodring sez of it:

…an ingenious piece of work, made by men who I now realize were well aware of its metaphysical content, as evidenced in part by the use of Offenbach’s Orpheus in the Underworld in the soundtrack. Perhaps its creators were trying to amuse themselves by making a cartoon that combined madcap whimsy with philosophical depth. Or maybe they were just high.

High as monkeys we reckon.

Where Are They Now?