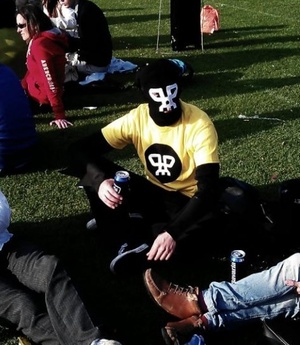 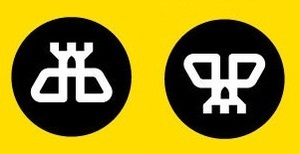 A little while back Broadsheet featured a photograph (above) of me wearing a t-shirt and mask featuring a skull image made by modifying the Dublin Bus logo.The photo was taking during the filming of an online promo video for Tshock.net the website where I was selling the t-shirts for a short time.

Before I was able to officially launch the website I received an email from a law firm representing Dublin Bus.They demanded that I stop selling the parody t-shirts and remove the images.I’ve had to give in and withdraw the t-shirts from sale. The images on my site have been edited and the video will never be released.
I’m trying to get a new small business off the ground but that has essentially been scuppered by a semi-state company before it really had a chance. A fair bit of money has gone down the drain as a result. I want to keep going with a second design but at the moment I can’t afford to have it printed. I’ve decided to try to presell the t-shirts. If I can get 50 orders then I will be able to get 100 printed and I’ll be back in business (though still in the red). Your support would be greatly appreciated.

Have We Lost The True Meaning Of Christmas?

Taking The A Bus