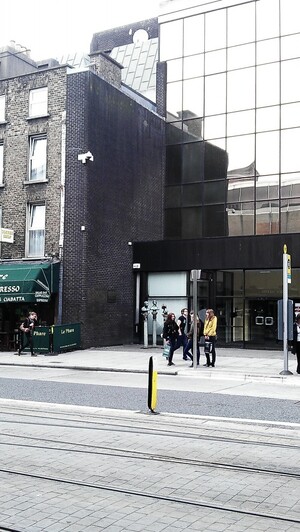 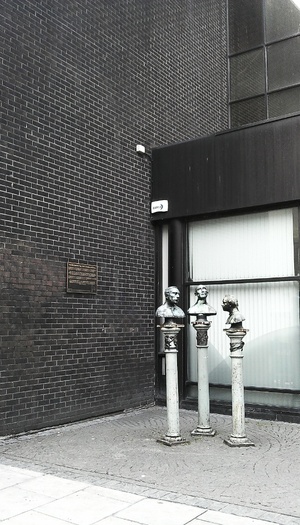 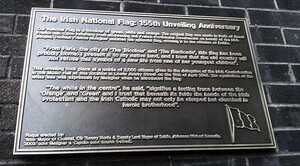 Lower Abbey Street, Dublin, was where the tricolor was first revealed to the nation. There is a plaque to tell you the story but no Tricolour. The plaque says the unveiling of the national flag took place in the music hall at this location on Lower Abbey street on 15th April 1858.

They’ve Been Working Up To This For Quite Some Time