He’s the friend who tells you to “snap out of it – she/he was too good for you”” minutes after getting dumped. At some point in the future you might need that advice but not right now.

‘We’re Not Here For A Sing-Song’, Fumes Roy Keane After Irish Defeat (The Score, Journal.ie) 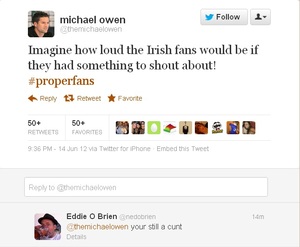