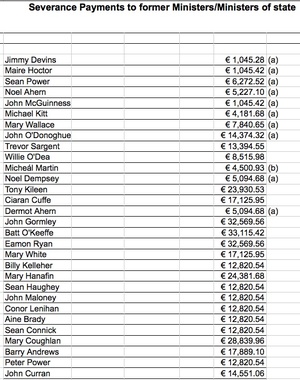 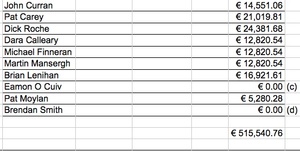 Political pensions and lump sums for former TDs, Ministers and Senators have cost nearly €2 million every single month over the past year and a half.

An estimated €32.7 million has been spent by the Oireachtas and Department of Finance since January 2011 on pensions for former politicians. The cost includes more than €9.5 million paid in lump sums (some above) to the record number of public representatives who retired after the last election.