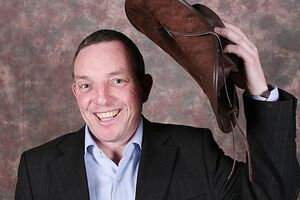 Chairman of the newly formed Fine Gael LGBT group, Jerry Buttimer TD (above), said he is delighted that the newly appointed Lord Mayor of Dublin, Naoise O’Muirí, will march with the Party’s lesbian, gay, bisexual and transgender group this Saturday at the annual Pride Parade in Dublin.

Deputy Buttimer said this year’s Pride Festival will be of particular significance to Fine Gael as it is the first year the Party will have an obvious presence at the parade.

“It is with a tremendous sense of pride that I will be taking part in this year’s parade, given that it is the first year Fine Gael will have a visible presence, in the form of our LGBT group which first met back in April.