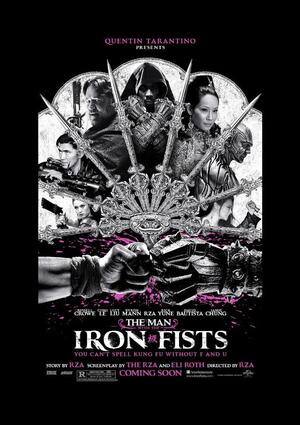 1. This martial arts spectacular is co-written, directed by and stars Wu-Tang Clan legend The RZA.

2. The film is ‘presented’ by Quentin Tarantino. Naturally.

5. Plus: Possibly the best eye-popping scene since Evil Dead 2.

The Man With The Iron Fists (IMDB)