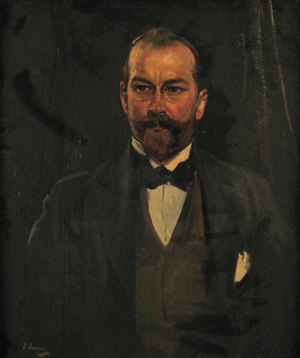 Possibly in that that order.

In 1942, George Gavan Duffy, politician, barrister and judge of the High Court, was called to decide whether Mrs Teresa Schlegel was acting unreasonably in refusing to consent to an assignment of No 7 Harrington Street, Dublin to Nathaniel Gross, dentist, on the basis that he was Jewish.

He concluded that she was not.

“Anti-Semitism… far from being a peculiar crotchet, is notoriously shared by a number of other citizens… the antagonism between Christian and Jew has its roots in nearly 2,000 years of history and is too prevalent as a habit of mind to be dismissed off-hand, in a country where religion matters, as the eccentric extravagance of a bigot….”

Objections to gingers, stutterers and squinters, however, were another matter.”

“No one, I suppose, will deny that she might safely reject a Hottentot, for the sake of her domestic amenities, though he happened to be a civilised specimen, but I want to put the case of some not obviously repulsive assignee.… whom she sought to reject because she really entertained a violent dislike or superstition against his red hair, or his stutter, or his squint; there any Court would be disposed to overrule her objection as nonsense.”

Gavan Duffy’s judgment was delivered on the 12th January 1942, eight days before the Wannsee Conference, which sealed the fate of Jews in occupied Europe.

In 1946 Gavan Duffy was appointed President of the High Court, a position he held until his death in 1951.

Portrait by Sir John Lavery via The Treaty Exhibition at the National Archives.