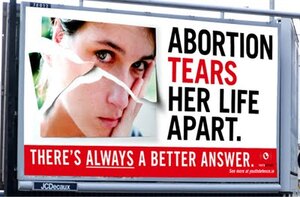 So we contacted the photographer to let him know that his work was being used in a way that violated iStockphoto’s terms and conditions, as well as the rights of his model. The photographer replied…agreed that his work should not be used in this manner, also saying that he would get in touch with iStockphoto to see what they could do about the situation. 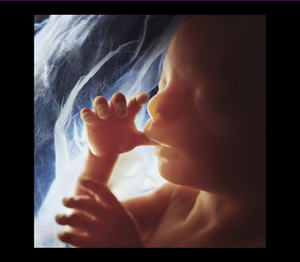 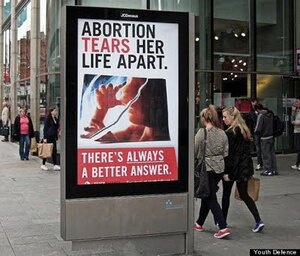 In this case, the photo in question is the work of an award-winning Swedish photographer and scientist called Lennart Nilsson. Here’s an interesting fact about his work that appears on his Wikipedia page: “Although claiming to show the living fetus, Nilsson actually photographed aborted material obtained from women who terminated their pregnancies under Swedish law. Working with dead embryos allowed Nilsson to experiment with lighting, background and positions, such as placing the thumb into the fetus’ mouth. But the origin of the pictures was rarely mentioned, even by ‘pro-life’ activists, who in the 1970s appropriated these icons.”

This One Time At Banned Camp