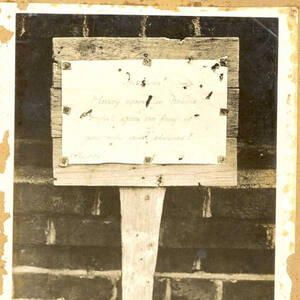 From the Great War Archive, University of Oxford: a photograph of a wooden board with pinned paper message: ‘Irishmen! Heavy uproar in Ireland, english guns are firing at your wives and children | 1st May 1916’.

“The history of the photo is that it was given to my granddad by a Major Hand in the 1930s. My granddad was working for the Major (a retired British Army Officer) as a gardener in Mooncoin, Co. Kilkenny.

The Germans knew that the trench in front of them was occupied by a Irish Regiment, and put the sign up to tell them what was going on back home in Ireland, the Major told my Granddad that they fired a few rounds at the sign and did not believe or understand what the sign was about till weeks later when the news filtered through about the 1916 rising back home in Ireland.

The Major took the photo, after the British had captured the German trench a month later.” 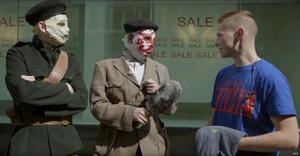 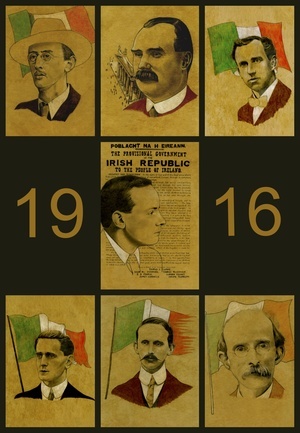