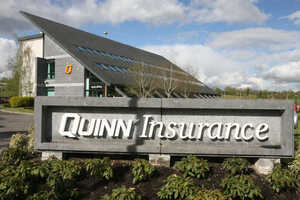 President of the High Court Mr Justice Nicholas Kearns said last week it was “truly shocking” that €1.65 billion may be required from the compensation fund to meet claims and costs arising from the administration of the insurer. He sought the “clearest of explanations” to be provided to understand the reasons for these costs at the hearing today. During last week’s hearing he said it would be helpful if somebody from the Central Bank also attended the court.

The cost of the administration was put at about €738 million and this rose to €775 million. The amount being sought from the fund “had more than doubled” in the space of a few months, he said.

Lawyers for the administrators told the court that the €1.65 billion was “an absolute ceiling” and based on a worst-case situation, while the actual level of draw-down was expected to be between €1.1 billion and €1.3 billion.

Oh, well that’s all right then.

A Chance Of Money