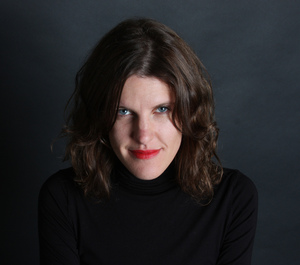 We’ve all been there – stuck listening to someone’s problems, repetitively, while thinking. ‘You have it so easy. If that was all that was wrong in my life, I’d be laughing the head of myself.’ The people who are having a fantastic time of it are few and far between at the moment, so the rest of us are so consumed by our daily financial struggles and day in day out woes, we just cant hold them in any more and will use any opportunity to tell people how bad we have it.

Pub talk has gone from ‘My wonderful wife (who’s just underwent a €20,000 butt lift and bingo wing removal procedure) and I are just ruminating on our next property move, we were thinking Provence or Estonia…’ to ‘We’re so broke, we can’t put petrol in the car, our 8 mortgages haven’t been paid in six months, the credit card was declined in a German grocery store.’

The next person will then interject; ‘Well my phone’s been cut off, my husband is up in court for tax evasion next week, the car which was on the way to being repossessed broke down because I forgot to put petrol in it, we’ve eaten nothing but porridge for the last six months.’ After that it sounds like a clip from Monty Python’s Four Yorkshiremen. ‘You think that’s bad, we’re living in a rolled up newspaper in a septic tank and sitting round a wish bone for the last year with nothing else to eat.’

Our predicaments are terrible without doubt and I’m not discrediting anyone’s problems, but because we’re all screwed, we’ve become completely self obsessed and can’t think any further than ourselves.

Back in the day, we used to think we were better than everyone else, simply because having it good gave us all a sense of entitlement. We thought we deserved the best of the best. Then when it all went tits up, nothing was our fault. It was all the banks, the Germans or the financial regulators who are to blame. It was OK for us to buy a couple of investment properties fresh off plan without even researching them in any way shape or form, getting our driveways gravelled to fit our brand new big fat 4X4s, even though we lived in suburbia and have just started a business. We deserved several holidays a year, expensive meals out, €50,000 weddings, designer clothes for the children, fancy fish tanks and €800 lawnmowers even though our income’s didn’t match our outgoings in any way, shape or form. Collectively our arrogance was all consuming.

Now that we’re all getting it up the yingyang, a pecking order has occurred, where our problems are given an order of importance. So if for example you are childless, on the dole and not in a large amount of debt, you are at the bottom of the pile. It’s almost like being two years below everyone at school. You can’t play with the big boys. If you have negative equity, a screwed business and perhaps a relationship break up you are deemed more important and can happily say to the poor aul sod who is living in a bed sit alone, that they wished your life was so simple and free of responsibility. ‘I’m surprised you’re still here, if I were you I’d would have left the country ages ago.’ Sure, anyone who has no money would easily jump ship with no resources and no fixed abode abroad. There’s nothing better than being broke in a foreign country, unable to speak the language, sleeping under a park bench like a vagabond and stealing fruit from fruit trees like a gap year student, because you have, as aforementioned got no money.

If you work in public sector, chances are you feel more hard done by than everyone else, or maybe if you happen to work in the arts, then you are definitely worthy or complaining to the PAYE worker who has seen their salaries drop and costs increase more than anyone else and so it goes. The only problem is that with all this collective moaning, no one actually cares if your electricity has just been cut of, or your landlord is banging the door in looking for you. ‘Mine too,’ is the response. ’And I’m 3 months behind in my rent, hiding in the house from the bailiffs. Sure we’re all in the same boat.’

As I have found out myself, moaning and ranting about your problems is utterly futile. In fact the more screwed you are, the less people want to know you and your problems. ‘Check out your wan..all she does is moan all day long, I’m not going to bother calling her.’ Meanwhile you could be stuck somewhere, close to a mental breakdown and all people want from you is to be in grand form – so that you can entertain them, not bother them with your downfall. I have yet come across someone who turned around and said ‘You poor thing. Here’s an idea, why I don’t I pay your bills for you and get you a nice car, holiday etc. Do you need a hand psychologically too? You must be feeling the strain from all this.’

Just keep in mind though that you’re better off being in the gutter, the last thing you want now is to turn around and tell people how great you have it. If you happen to have a the cheek of getting a new well-paid job, are delightedly looking forward to your wedding or have just come upon a large amount of cash, keep it to yourself. Don’t splash it all over social networking sites. We’ll all just hate you. I could go on, but then I wouldn’t want to rant…

Was It Fir This?