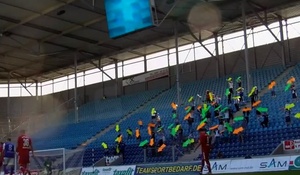 According to information posted in another video of the same event, fans of ‘lowly’ German outfit FC Magdeburg trolled their team into breaking a five match goal drought in a home game against Berliner AK last March.