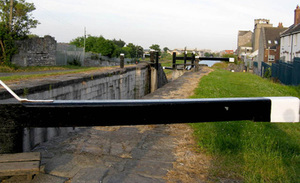 Consider the advantages of the canals [Royal and Grand Dublin] for cycle tourism – the generally flat terrain allows easy cycling; there are almost no access difficulties, as the land is in public ownership; and, for most of the route, there is no danger from motor vehicles. At present the towpaths are not developed for cycling and thus are grassy and rough in places, but this could be easily resolved by gravelling the paths, as has been done on the Great Western Greenway in Co Mayo. That initiative proved to be a huge success and has revitalised towns along the route. Creating two new cycling routes along the canals could bring similar benefits to such towns as Longford and Tullamore, which at present are not known for being tourism hotspots.

The Cycle Lane Of Hell