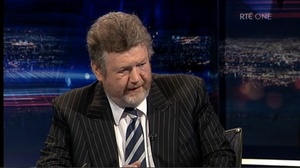 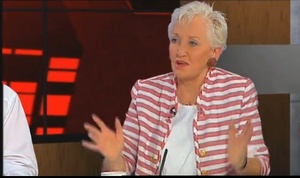 Ms Prone also flatly denied working for the Health Minister except for a “tiny contract” to polish speeches.

Compare the quotes. Then decide.

Reilly: “I just want to say some people have described this as a PR fiasco. It’s far worse than that from my point of view.”

Prone: “It’s been a shitload worse than a PR disaster. To call it a PR disaster is to trivialise it. And to talk about PR in this context at all is wrong. “

Prone: “The fact is that people who are already disabled, who depend utterly on their personal assistants, to live a decent life, to live a productive life, to get out of bed in the morning, ended up outside Leinster House, that simply shouldn’t happen…I don’t care about this one way or the other except for the point of view of people who ended up outside Leinster House.”

Reilly: “(Cut in personal assistance hours) was never going to happen...From my view, there hasn’t been a U-turn but that is not the issue as far as I’m concerned. I’m not bothered as to whether this is described as a U-turn or not, as long as people have the service that they need. And that’s my prime objective here.”

Reilly: “But I think, I came out, I know, on Friday, and I made it very clear that service was not going to be lost to people. Tony O’Brien came back on the radio on Sunday and said these would be absolutely the last resort, that every other area would be exhausted. For (media) to ask people, you know, what’s it going to mean to you to lose half your personal assistance hours or half your home help, that was never going to be the case. But that planted in the public’s mind and in people who need these services’ mind immediately that this was a real risk to them. And that’s why I met with them on Tuesday, when they were outside the Dail, to reassure them further again that this was not going to be the case and I issued a statement. They didn’t hear it with all the noise that was going on over the weekend, in the media, they didn’t hear Tony O’Brien in the media, making the statement he made as clearly as he did. And they needed further reassurance which I was very happy to give them. And Tony O’Brien gave them further reassurance again, by way of letter, which he promised to have delivered by 2pm the following day.”

Prone: “It was a communications problem greatly exasperated by the fact that some journalists didn’t pay a blind bit of attention to what was actually said…Let me finish the point that I’m making which is on Sunday, Tony O’Brien went out….Tony O’Brien went out and he said very clearly. This is there. Every single other option is going to be squeezed dry before we go near that. The minister had apparently, I didn’t see him, gone out on radio and television on Friday. That was simply not picked up.”

Reilly: “I’ve made it very clear. We are living on borrowed money here and borrowed money com”es with terms and conditions. The country is broke. We have to stay in budget.”

Prone: “We are facing into an Autumn where not just health but every big spend department is going to have the most god-awful options and, let me tell you something, PR doesn’t apply. The notion that you could for example go into health and..the traditional approach. If you were going in to health, to do the PR at this stage is ‘OK, lads, first of all, you must not attack anything to do with people who have personal assistance, secondly you must not attack home helps because that allows people to stay out of institutions and we’re not having that. You must not attack innovative drugs that will keep cancer patients alive. You must not attack the old because you saw what happened with the bloody medical card, the last time you did it. And then when you’ve done. Oh, and you’re not allowed attack very sick children, it’s intolerable. Then you go beyond the patients and the clients and you say ‘And you can’t attack nurses, because everybody loves nurses’. Do you know something? The list is too big.”

Prone: “The problem is with the communications. It happens when people are real busy.”